Yesterday I ran the Electric Run Milwaukee, when I signed up back in April, I thought this would be a fun race for the year, from what I’ve heard the same company that puts on the Color Run also does the Electric Run and I had a blast at Color Run (I’ll post about that sometime this fall) Electric Run is not a timed race and is meant to be fun, it’s also a race that gets a lot of non runners out to do a 5k event, for a lot it is their very first 5k and for others like me that race a lot, it is a chance to have fun, be silly and enjoy the sights and sounds.  I paid $35, which is a bit high(ended up being $44 after all the fees), I signed up back in April for the cheaper rate, I don’t think I’d pay more than that for this sort of run.

The run was held at the Racine County Fairgrounds in Union Grove. I knew parking would be a pain, so I went early and wandered around, walked a bunch of the course before they closed it off(lots of heavy equipment moving stuff around, but I stayed way out-of-the-way.) 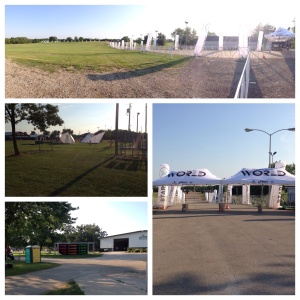 Walking around way before the race, I wasn’t supposed to be back here, but I got a good look around! 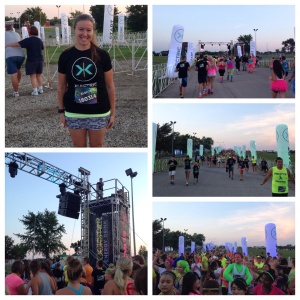 The run started at 8:20pm, had to wait for it to get dark, I knew several people who were going to be there, but I couldn’t find any of them pre-run, so at 7:30 when they started filling the start line, I hopped in.  I was in the first group, which I thought would be perfect, I could run, stop and take pictures and be on a clear course.  I met some really nice people while waiting for the run to start, and took lots of pictures. 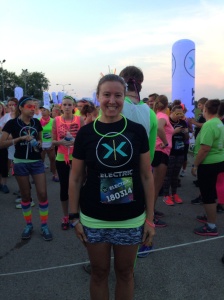 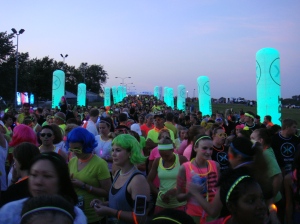 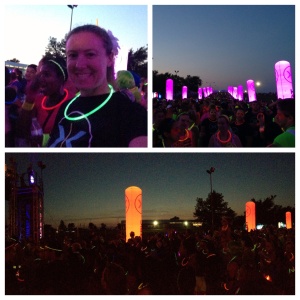 Sun is going down, almost time to run! 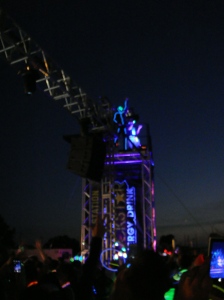 Getting us ready to start!

The first glow area were these big arches, it was pretty and fun to run through, they changed colors and flashed.  It was really dark after this and the ground was uneven, I really had to look at the ground. Should have brought my headlamp for the dark areas or even a flashlight, they could have used some low lighting in this area. 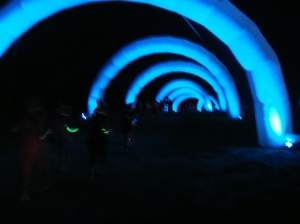 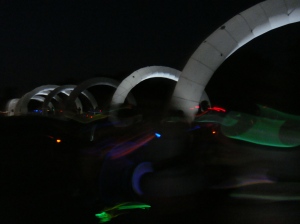 Up next were some tall glow things (I don’t know how to explain what they were) they were bright and lined the path.  We ran back behind the grandstand area, it was pretty cool. 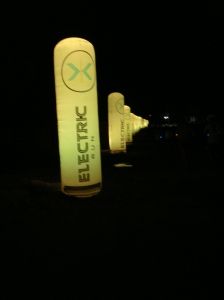 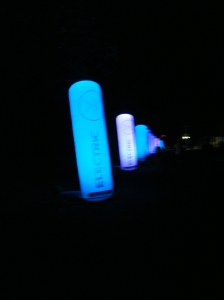 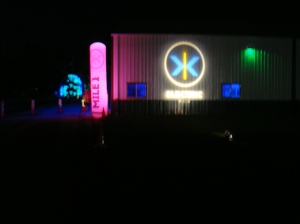 My favorite part was the forest, it glowed and was so pretty, I took a few pictures, they didn’t come out great, but they give the general idea. 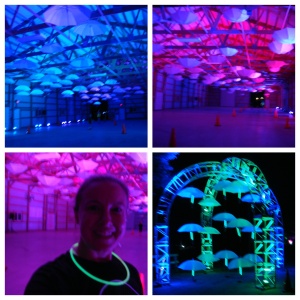 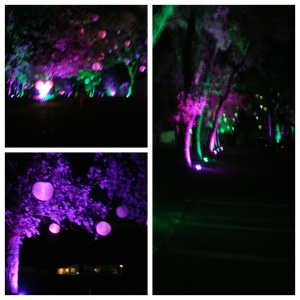 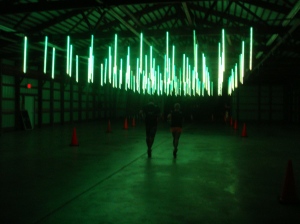 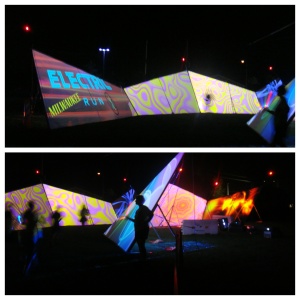 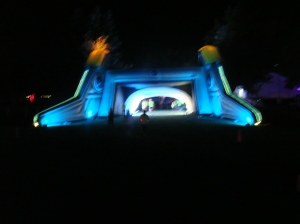 The course was mostly grass and a little bit of pavement, we ran through a bunch of the barns on the fairgrounds, they were all decorated and glowed, music was also pumping which made it super fun.  This was defiantly a sensory overload run, but also super fun. 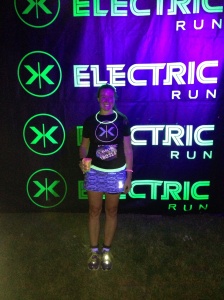 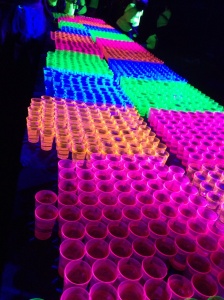 All the pretty cups! 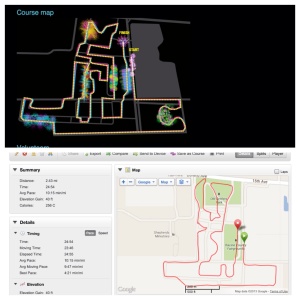 Course map and what my Garmin mapped. Should have been a 5K, but we were 0.67 miles short!

Ali on the Run