So about 2 weeks ago I was chosen to be an ambassador for Ragnar Relay Chicago, I was so excited and couldn’t wait to learn what all my responsibilities would be, tonight I was on a conference call with some of the other ambassadors. So excited!!! 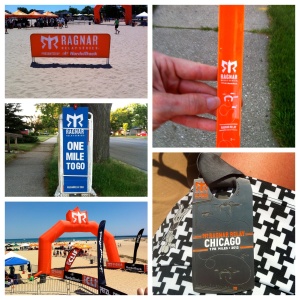 Some of my favorites from Ragnar 2012

It made me think of my first Ragnar that I did in 2012 and what a fun experience it was. I joined a Ragnar team knowing no one on my team, I randomly emailed someone who had posted in one of my running clubs and joined a team. A few months before the race the team folded, and I was once again on the hunt for a team since this was a race I really wanted to do, so another Kenosha running club member started looking for a team and I told her if she found a team that needed two people, I’d be game. She found a team out of Chicago and we both joined. I had emailed the team a bunch of times and felt good about the group, I couldn’t wait to meet them on race day. 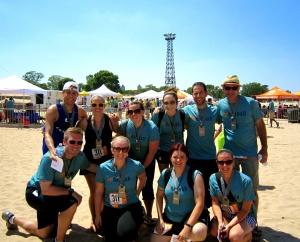 Most of the 2012 team, I joined with people I had never met and loved it.

On the Friday morning of race day at around 4am I met my team, we were an 11 person team, so I was about to meet 10 complete stranger, I was nervous and excited hoping I would live up to their expectations. 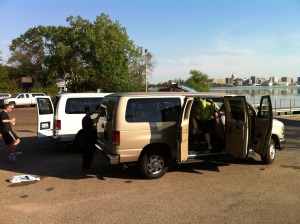 Our homes for 2 days! 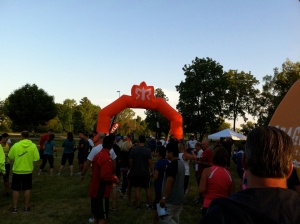 We got to Madison and by then we were mostly awake, then our awesome adventure began! I was in van 1, we all hit it off and I was super excited to have joined this group. I was runner #3 right in the middle of the group, I navigated most of the trip, I suck at driving a 15 passenger van, but I can read directions, most of the time plus I was from Wisconsin and knew most of the area. 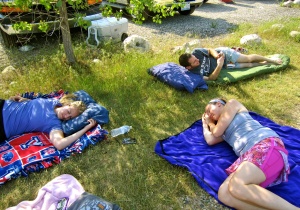 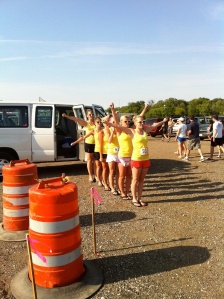 Call me maybe girls at exchange 12

After our van did our second legs, we had some late night down time before meeting van 2 again. Turns out where we had to meet van 2 was right near my house, so van 1 headed to my house for a couple hours of sleep, I was also able to drop off my stinky running clothes at home so I’d have less to bring back from Chicago. 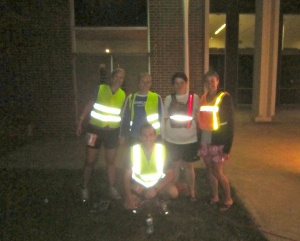 We met back up with van 2 and ran our last set of legs, once van 1 was done we headed to Montrose Harbor to wait for van 2. 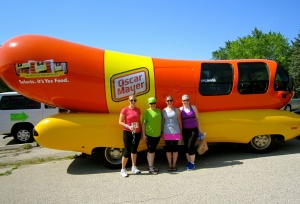 At one of the exchanges!

Ragnar is super fun and a long 2 days but so worth it, in 2013 I ran with people I knew, ill be posting about this years Ragnar soon.

This entry was posted in Uncategorized and tagged Ragnar, Ragnar Relay Series, Running. Bookmark the permalink.